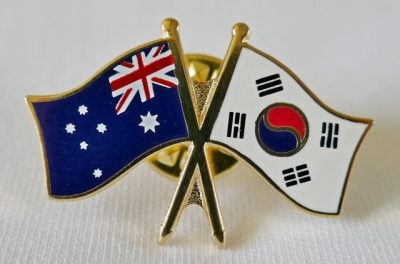 According to the Australian Department for Education and Training, Australia is the second most popular English-speaking country, after the US, for Korean students to study abroad in the higher education sector. Additionally, Korea is Australia’s third largest source country for international students. They state that were over 30,000 enrollments in 2016.

So, here at Ozford Melbourne we want to highlight 3 important things to take into consideration if you are coming to join us here in Melbourne on your Ozford Journey.

Like any other foreign country, it is essential that you apply for and obtain a visa before arrival. For this, you have to be accepted into a course of study at uni or at college and pay approximately $620. Although expensive, this visa will last you for 5 years and can be extended or converted into a working visa further into your stay!

The quickest flight time is 13 hours and 20 minutes on a flight from Seoul to Melbourne. (This includes one stop along the way). Like many of our international students, coming to Melbourne involves another long flight, but we think it’s definitely worth the distance!

Expatistan.com state that the cost of living is 10% cheaper in Seoul than in Melbourne, taking into consideration areas such as food, housing, clothes, transportating, personal care and entertainment. Moreover, according to budgetnet.com.au rent for a one bedroom flat outside of the city centre in Seoul will set you back $715.39, whereas in Melbourne, it’s nearly double, at $1415.00. So it’s worth noting that if you’re coming over from Korea there will be a difference in costs!

There’s no room for doubt though that despite these higher living costs Melbourne is an absolutely fantastic place to come and study. It’s multicultural, energetic and friendly atmosphere are what makes it a city like no other. If you are coming over from Korea, whether it be to study a Bachelor of Business, your high school VCE certificate or even to come and study in Ozford Melbourne‘s English Language Centre, you can be the happy achiever at Ozford Melbourne.